David Dunn, a brilliant, soulful singer/songwriter, this Midland, Texas native writes in unfiltered, human terms, mirroring doubt and faith in a single stroke. He doesn’t use churchy language, and he ignores sonic blueprints, fusing and confusing genre confines. And he does this with great intention, valuing art as the context for music, as much as for conveying a spiritual message. He chooses to be true to his own artistic vision: To create music that is as organic and minimalistic as it is experiential — songs where lyric and voice, as well as faith and doubt, are right there in your face uncovered by production for production’s sake.  Listen to his hits "I Wanna Go Back" and "Have Everything" on Spotify or anywhere you listen to music.
Listen to music here 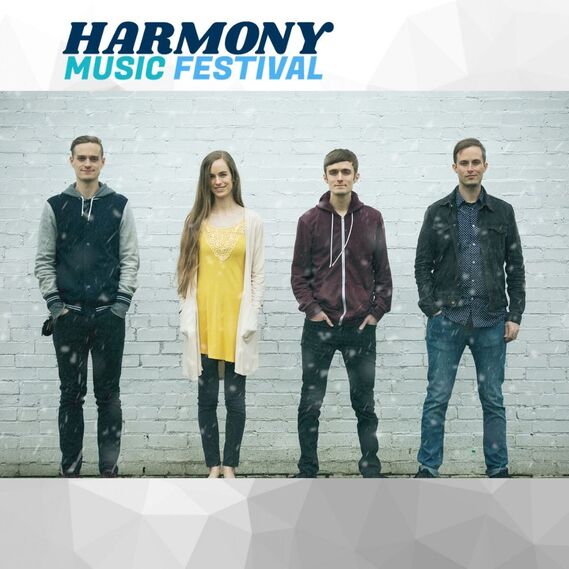 Joining us again this year is this versatile band. The Birdsongs are a Christian rock band originally from Seattle, WA, now living near Knoxville, TN, composed of three brothers and a sister. They began playing music together with their family at a very young age and started touring North America with a simple message of hope, and a love for Christ and people. Two decades later, The Birdsongs are more passionate than ever about the music God has given them to share. Their music has been played consistently on Christian Rock and Internet Radio with their single "This Isn't Love (Radio Edit)" peaking at #9 on Billboard's Christian Rock Chart and their single "Will You Save Me?" reaching over 1.5 Million listens from all over the world on Spotify.

The Birdsongs are all about the gospel and see music as a powerful tool to express the hope and love they've found in Christ. "l love hearing stories of how God has used our music in people's lives," says singer/songwriter Benjamin Birdsong. "We try to write as honestly as possible to show people they're not alone...that we all struggle, but Christ is the answer to all of life's problems." Their new album “The Journey, Act II: The War” focuses on finding hope amidst depression, anxiety, temptations, and trials and using Christ's promises to keep fighting.

​  If you missed them last year, you won't want to miss them this year!
Listen to music here

Attaboy is an indie-pop band from Fort Wayne, Indiana that has gained national recognition. They have performed for more than two thousand audiences across North America and Europe.

While on tour, the band has opened for multiple Grammy Award-winning artists. In addition to winning three international songwriting contests, several of their songs have received national radio airplay, including four singles that landed on The Billboard Top 30 Charts.
Listen to music here

​Jon is an Indie-Acoustic artist currently based out of Chicago, IL. He desires to use the gifts God has given him however He leads while putting all of who he is as an individual on the table. Jon has played shows and festivals across the Midwest and Northeast including Creation and Soulfest. Jon was also the opener at Harmony Music Festival in 2019! He draws influence from multiple genres, so sit back and relax under some soothing storytelling but stay ready to get up and groove out to some rocking tunes.
Listen to music here

​Mark Umfleet is a country gospel singer/songwriter from Forsyth, Montana. In 2018, Mark was named New Male Artist of the Year and Songwriter of the Year by the Western Regional Convention of the Country Gospel Music Association. His first radio release, I Believe, debuted on the Christian Voice Magazine Country Gospel Top 100 in January, 2021, at #83, and then climbed the chart, reaching #33 in May, 2021.
Listen to music here

​Abby is from Marion, Indiana and will be opening the festival this year. This will be her first festival, so come on out and support her.